There is a sensitive article in the Guardian right now that focuses on the one-in-five British women born in the 1960s who don’t have children. A photo of magnificent trailblazer Jody Day heads it up. There is a male perspective, too. I found Robin Hadley’s comments thought-provoking and brave; they reveal his innermost fears, however unfashionable they may be:

If you don’t have children as a man, you are basically saying you are a failure as a reproductive human being. There’s a feeling that you’re a threat, that you could be a paedophile and that you shouldn’t be around children at all.

Is this just his own ingrained disquietude, internalized via tropes that have evolved over time, similar to the popular mythology around ‘hags‘, ‘crones‘ and ‘spinsters‘? Or the sad state of the society we live in, in an age when lone adults (male and female) can be banned from children’s play areas? Plenty of the comments below the piece scoff at what he is saying:

What the actual fuckery?

But I sympathize with Hadley’s underlying unease. One of my former irrational anxieties about growing old in a marriage without children was that people might think there was something suspicious about us. It’s an ancient, primitive kind of feeling with a vague whiff of the ducking-stool about it.

Honestly, I don’t actively believe that most people care whether we have kids or not, but I do understand this man’s paranoia at being the odd one out in ‘the village’. Our DNA is haunted, perhaps, by less-forgiving generations.

Once again, I’m fascinated by the unnecessary snideness of some of the comments.  Prize for most cretinous goes to WombatsRamble, for misunderstanding everything about the CNBC community:

When childless people imagine what they missed out on they probably think of some little angel saying “I wuv you, mummy” or “Thanks for teaching me to ride a bike, daddy”.

The just adopt brigade are out in force, of course:

Those whining about childlessness are insensitive to all the orphans or abandoned children.

Barren friends! Who will join with me on a mission to save the orphans as they queue for their gruel?

Grief for an unconceived child in a world of orphans strikes me as nearer victimhood than grief, sorry.

Seriously, do these people think you can just go down the street and collect one from the local workhouse? 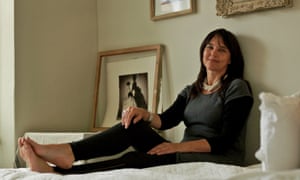